The Mediterranean diet and Seafood dishes in Malaga

The cuisine in Malaga is varied and the area embodies the ‘Mediterranean Diet’ with fresh seafood fish, vegetables and olive oil.

Malaga been a coastal means that the fish used in the dishes are fresh. Fish caught in the area include: hake, sole, mullet, anchovies and fresh seafood like baby squid and lobster.

Some of the best olive oil - according to some the best in the world – comes from only 214km away from the province of Jaen. 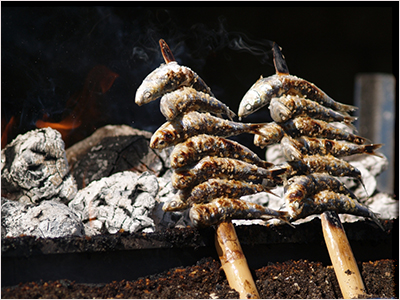 Malaga has a lot of beach bars which usually specialise in plates of fresh fish a favourite with locals is ‘Espetos de Sardinas’ (Sardines on the spit) or fish covered in flour and then fried in olive oil.

Tapas and Other typical dishes in Malaga

Another typical dish in both Malaga and Andalucia in the summer season is a cold tomato soup called ‘Gazpacho’ which is served with finely chopped vegetables and croutons. 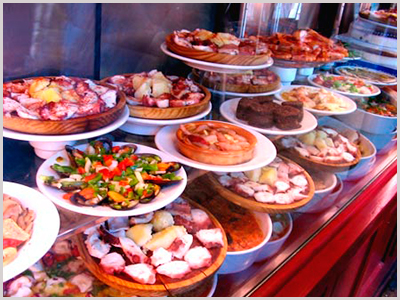 There is also a lot of ‘Tapas’ bar in the province of Malaga; Tapas are small portions of hot or cold dishes which act as a snack with a drink, you can also ask for a ‘racion’ which is a tapas served on a larger dish than a tapa.

Most Spanish people enjoy their tapas with a beer or a glass of wine, Malaga is famous for producing wines from the Moscatel grape and San Miguel is a popular Spanish beer in the area.

Ronda has a wide variety of meat and sausage dishes which is due to the tradition of hunting in the area.

The Moorish past of the area is preserved in the traditional Malaga pastries, which are made from almonds and honey like ‘Roscos’ and ‘Tortas de Almendras’ which are made usually in Antequera.

Other than the good food on offer in the Malaga Province there is also a lot to see and visit like the museums in the area or enjoying a day on one of the beaches of Malaga.