Beautiful marinas on the coast of Malaga

One of the biggest tourist attractions in Malaga Province are the many marinas which are along the Costa del Sol.

Some of the most important marinas on the Costa del Sol are located in Puerto Banus, Benalmadena and Estepona along with nine others which stretch along the coast.

The marinas each have their reputation, style and history, which have made them one of the number one places for people to berth their yachts or boats. They are all nice settings which are perfect for a walk amongst these vessels. 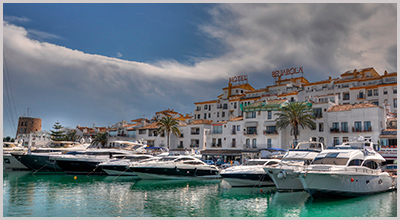 The marinas of Puerto Banus, Benalmadena and Estepona are some of the best of the area and in the evenings they ‘transform’ into an area with a diverse nightlife with its discos, music and entertainment.

In fact, the marinas on the Costa del Sol have been recognised on a European Union for their quality and have been awarded Blue Flags as well as the Marina in Benalmadena winning two awards for the ‘World’s best marina’.

You can find out more about this in our Marbella travel guide.

Sixty per cent of the capacity of the marinas in Andalucia are in the Malaga area which is concentred over 100km from Caleta de Velez in the eastern area to Manilva in the west. 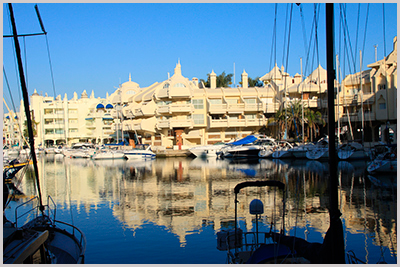 One of the largest Marinas on the Costa del Sol is the Marina in Benalmandena which has 961 moorings.

This is also considered one the most modern and complete as it also has shops, restaurants and a good nightlife around the marina.

Caleta de Velez has 200 moorings, El Candado has 215 and the Real Club Mediterráneo has 20 mooring both of which are in Malaga.

The marina area in Fuengirola is located next to the town and has capacity for 226 vessels. The harbour in the area of Cabopino has 169 moorings.

The internationally known town of Marbella has two ports one of which is public with 377 moorings and another which is private located in the nearby Puerto Banus which has the capacity for up to 915 moorings for even large yachts and sailboats, this marina by many is considered to be one of the most luxurious of the area and in even in the Mediterranean.

You can find out more information on Benalmadena in our travel guide. 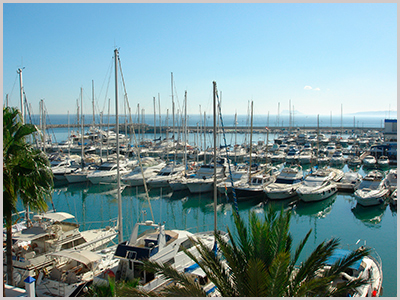 Further along the coast from Benalmadena we will come across a marina in Estepona which has around 443 mooring, which is near the luxury town of Puerto de Duquesa and Manilva.

Talking of luxury, why not visit our website and hire a luxury car from Malaga airport.