Malaga, a city full of culture and monuments 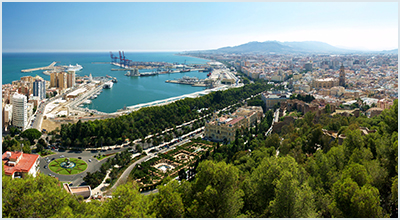 Malaga is typically one of the cities in Europe; it is full of culture and monuments from its past and ancient civilizations.

The Gibralfaro Castle and Alcazaba Fortress are both fine examples of the architecture from times when the Moors ruled Malaga in the 11th and 12th century.

There is also a reminder of the Roman influence on the city, where in Hispanic times Malaga was known as Malaca. On this page we will summarise some of the places of interest which are well worth a visit in Malaga.

La Alcazaba is an old military fortress which was built by the Moors in the 11th century. Of the three original protecting walls which were built, only two remain and there are 110 towers and a residential area with three palaces.

From the fortress you can admire beautiful panoramic views of Malaga and the Mediterranean Sea due to its strategic location.

FREE visits every Sunday from 14:00h till closing times. 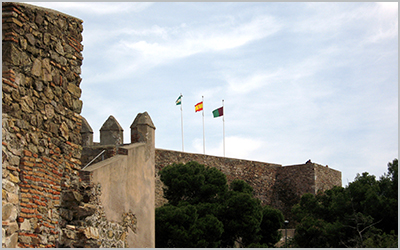 The Gibralfaro Castle was built in the first half of the 14th century by the Moorish King, Yusef I, the hill on which it is built was called ‘Jabal-Farouk’ which means ‘Mountain of light’ this said to be where the present name of Gibralfaro comes from.

In 1494 the Catholic Monarchs appointed the Gibralfaro Castle on to the coat of arms that they gave the city.

The castle is still used in the coat of arms on both the current city and state flag of Malaga. 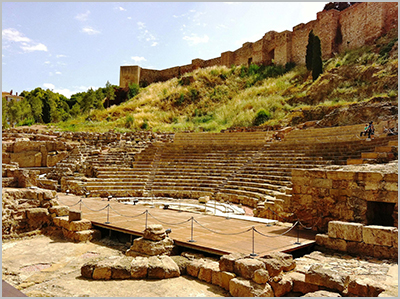 The Roman Theatre has its origins in the 1st century BC where it was ordered to be built by the founder of the Roman Empire, Caesar Augustus.

The theatre was hidden for centuries and was discovered in 1951 when the Library and Archive gardens were been built, known as the Culture Centre.

In 1988 it was decided to demolish the gardens in order to complete the archaeological excavations of the site. The demolition didn’t take place until 1995. 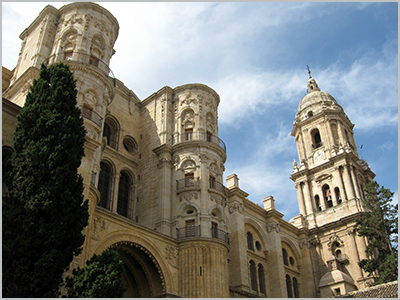 It was constructed on the remains of the aljama mosque after Catholic Monarchs Fernando and Isabel ordered a Christian temple to be built a few days after conquering Malaga city in 1487.

The cathedral has a varied range of architectural including Gothic and Baroque features added since the early 18th century.

The left tower was never completed, and therefore has a characteristic and singular aspect which led to its popular name “The single armed lady”. 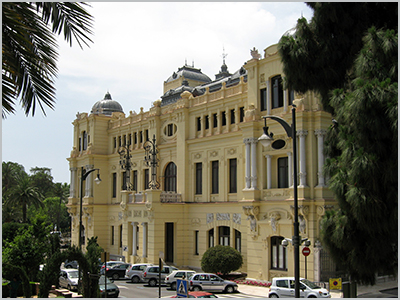 The building is surrounded by the Gardens of Puerta Oscura and landmarks like the Alcazaba and the Bank of Spain, the Customs House and the Rectory University of Málaga .

It was declared a building of cultural interest in 2010. 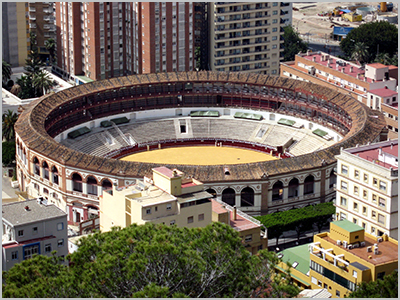 The bullring in Malaga was built in 1874 by Joaquin Rucoba, with the official opening was held on 11 June 1879.

After the improvements made to the bullring in 2010 it is now possible to hold an audience of 9,032.

Bullfights are held on a seasonal basis with two bullfights take place in Easter Week, in June honouring a local saint of the town, and also during the towns Fair in August, the bull run is usually held in the month of September.

Malaga has a lot of festivals and monuments to visit in throughout the province for which we recommend you hire a car from Malaga airport to visit these places.

If you are interested in the cultural side of Malaga you can visit one of the many museums which the town has to have.