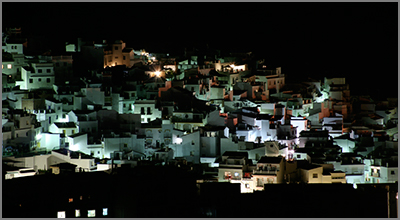 Torrox located in the eastern part of Malaga province and is divided into Torrox Costa (which is a coastal town and next to the Mediterranean Sea) and Torrox (at the foot of the Sierra de Almijara mountain).

Like the towns of Nerja, Rincon de la Victoria and Velez-Malaga it is in the area known as Axarquia. It is situated around 60km away from Malaga airport.

Things to do and monuments around Torrox

The Roman ruins, are located close to the Torrox lighthouse in Torrox Costa.

The site is that of an old Roman town known as ‘Clavicum’ or ‘Caviclum’ which was founded in 1st Century and was lived until the beginning 8th Century.

The Lighthouse is used for maritime traffic. It is located on the coast of Torrox.

The building was completed in May 1864. It is 39 metres above the sea and 26 metres tall from the floor level.

With 9 km of coastline, the coastal area of Torrox retains a number of unspoiled beaches, which provide an attractive natural setting.

The Moorish watchtowers, which are located one in the ‘Peñoncillo’ and the other on the Güi River, were built in around 1200ac.

The sugar mill in Torrox was used by both the Moors and later by the Christians who settled in the area.

A rebellion broke out in 1569 and the Mill was held by the Christians and the Moors burned the mill together with another mill and three mills.

Today the building is in a state of ruins and property of a developer called ‘SALSA’.

The convent building is currently a cultural area of Torrox houses the offices of the Culture, Education, Youth, Festival and City Participation Town Hall departments.

It is also used as an Exhibition Centre.

Gastronomy and typical dishes of Torrox

Torrox has a traditional gastronomy which the most typical dish been ‘Migas’ which is usually eaten in a festival which honours the Virgen de las Nieves which takes place on the last Sunday before Christmas.

The dish of migas can go along side sardines, cod, mussels, olives, ‘poor’ potatoes, gazpacho.

Traditional dishes in the coastal areas are its sardine or boqueron ‘espetos’ and other fish dishes. Most restaurants also have an international cuisine.

Sweet and semi-dry wines are also made in the area using the Moscatel grape.