The area of the Costa del Sol and Malaga province has a varied landscape from the blue of the Mediterranean Sea on the coast and the green of the Mountains which are in the inland area.

As well as coastal tourism, rural tourism is popular with hikers, cavers, and people looking for something different away from the coast.

In total there are 5 Nature Parks and 6 Nature Reserves in the province. 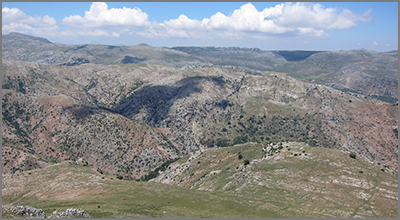 Sierra de las Nieves is located in the western side of the province of Malaga and is 20.163 hectares.

In the winter months there is snow on the peaks of the mountains, which is where the areas name comes from.

The park has also got an old chestnut tree which is estimated to be between 800 – 1000 years old and is called ‘El Castaño Santo’ (The Holy Chestnut).

El Torcal Nature Park in Antequera is popular spot with hikers and climbers alike. One of the main attractions of this area is the many different rock formations which are formed in the rocks.

The park is 1.171 hectares in size and is home to many different species of animals including: Mountain Goats and various birds of prey.

We recommend using renting a car from Malaga airport to visit both El Torcal and Sierra de las Nieves. 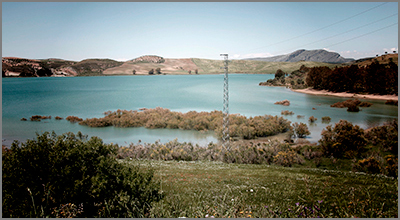 Another nature reserve well worth a visit is El Chorro, this area has beautiful views and a large reservoir.

There are lots of activities to choose from in this area from canoeing, pedal boats, to climbing to hiking routes.

One of the world’s dangerous walkways is in this area called ‘Caminito del Rey’ which is a very narrow walkway along the cliff face.

In Malaga many towns have parks and gardens.

Some of the popular parks of the province include Parque La Bateria in Torremolinos, Parque La Paloma in Benalmadena, or the Botanical Gardens in the capital. 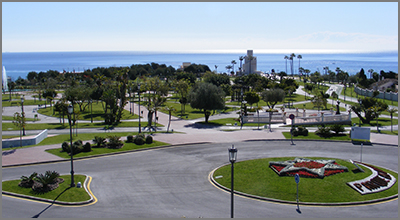 This green area is located where there used to be an artillery battery. There are cannons still at the park which visitors can see as well as the old underground bunkers.

One of the main attractions of this park is the large artificial lake which is in the centre, where it is possible to hire a rowing boat for half an hour. It also has a children’s playground.

There is a lookout tower which is 14,7 metres tall which from the top has views of Torremolinos and the Costa del Sol.

The park is near the Montemar-Alto train station. 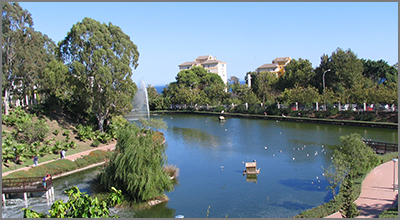 The park in which is in Benalmadena has over 200.000 m2 of green areas. It has an artificial lake in the middle of the park and two children’s play areas.

There are five entrances to the park including from Avenida Federico Garcia Lorca, Camino del Prado, Avenida del Parque and on Avenida de Rocio Jurado.

The park is home to different types of animals and plants including eucalyptus and palm trees. It also has a Cactus and Succulents garden. 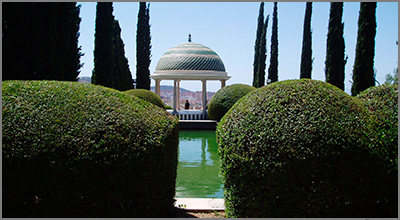 In 1990, Malaga Town Hall purchased the area which is known today as the Botanical Gardens for 600 million pesetas (3.606.073€) from the Echevarria-Echevarrieta family. Four years later the gardens were opened to the public for the first time.

The park spans 49 hectares in total which is divided into 26 hectares declared an enclosed urban park and 23 hectares which make up the Historical Botanical Garden Conception area.