Enchanting and paradise area of Malaga 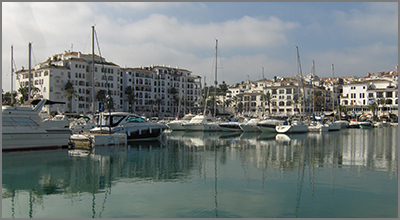 Manilva is a town which is located after Casares and Estepona and it is on the border of the Cadiz province.

The location and the fertility of the area where Manilva is located has been attraction for settlers from different ages.

People have lived in the area since prehistoric times, although the only evidence of the first settlers is from Palaeolithic times.

The Duquesa castle was built in 1767 during the rein of Carlos III, with the purpose to improve the coastal defence and bring a stop to the frequent attacks of pirates in the area.

It is currently a municipal building and the site of the local Archaeological Museum, as well as a public library and an exhibition centre.

The items on show are the remains of what was found around the grounds of the castle. It is said that going round this museum you will learn all the history of the town.

San Luis de Sabanillas Church was built in the 16th century. It has undergone many renovations and restorations until 1776.

In the present day masses are held almost daily, with the doors been open to the public during these times.

As with most of the coastal towns on the Costa del Sol, Manilva is famous for its fish and seafood dishes which can be served grilled, baked or stewed.

Apart from following a traditional Mediterranean diet and Malaga cuisine, Manilva has a wide range of typical dishes such as, ‘Gazpacho Maja’ which is made with olive oil, longs, sour orange, bread and salt, another dish is chickpeas and pork, or pipirrana salad (which has tomatoes, onions, pepper and cucumber, this is dressed with olive oil, salt and vinegar and dried octopus or cod is added).

It is also known for its wine which is made with the Moscatel Grapes from the the vineyards in the area.